It’s no secret that hockey’s an expensive sport. Equipment. Ice time. Travel. It adds up.

But near the end of each summer, parents and kids wonder about registration. With the long Canadian winter on the horizon, hockey offers an exciting way to embrace the cold. Cheering together with neighbours in the stands. Feeling the crisp cut of skates through the ice.

Maritime NHL’ers for Kids began almost twenty years ago to help families who want to get involved in the sport.

“It’s a beautiful initiative that gets kids into hockey and also shows them that we’re all just the same,” said host of Hockey Night in Canada Ron MacLean. “You’re a hockey player, you’re family forever.”

Each year MN4Kids holds a celebrity golf tournament in a different community in the Maritimes. The tournament is a major fundraiser for the local minor hockey club. It also celebrates homegrown professional excellence in the sport and gives kids a chance to meet their local heroes.

“We want to touch as many young lives as we can,” said NHL coach Rick Bowness. “We want to introduce them to positive role models.”

Bowness founded MN4Kids in 2000. He wanted to give back to the area he came from. MN4Kids has since raised hundreds of thousands of dollars for hockey gear and directly impacted thousands of kids.

“The event is a great way to share the importance of hard work and being a good person,” said Blayre Turnbull, a Pictou County native.

Jillian Saulnier, originally from Halifax, agreed. “It’s important to show kids, especially in Nova Scotia, that their dreams are doable.”

The celebrities are always a big draw. But making a difference also takes partnerships with groups and companies like the NHLPA through Goals and Dreams, Canadian Tire through Jumpstart, and ourselves at AA Munro.

“When we marry together with partners like AA Munro that share our values, we’re both better for it,” said Managing Director for MN4Kids Chris Larsen. “It’s all built around trying to make our communities better.” 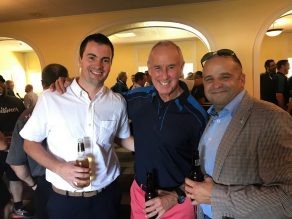 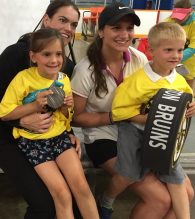