The sound of a fire siren means two things. Someone is in danger, but help is on the way.

Before the modern era of fire engines, firefighting was everyone’s responsibility. People over the age of majority gathered by the nearest water source to form a bucket brigade.

Larger centres now use paid career staff. But in many communities, firefighters are still volunteers. They train and risk their lives to brave the heat and heartbreak of disaster.

Volunteer firefighters also must fundraise for a lot of their gear. To help support their efforts, we created Nova Scotia’s annual Fire Hall Photo Contest.

“Gear in the fire service isn’t cheap,” said Lloyd MacIntosh, Chief of North Sydney Fire and Rescue. “So you can understand why fire departments are vying for that $5,000, and why it’s such an important contest to be part of.”

North Sydney has won our contest twice. With their 2011 winnings, they helped fund an Argo. The Argo is amphibious vehicle that’s also used for grassfires and winter rescues. The weight distribution of its tracks can drive two people safely onto ice where not even one person can walk.

With their 2016 winnings, North Sydney helped fund a support trailer. The trailer, which transports backup gear, was custom built with a station for cooling, heating and privacy. It’s a key piece of equipment for re-energizing exhausted firefighters and comforting distraught victims.

This year, North Sydney decided give other fire halls a better chance of winning by bowing out of the contest. Chief MacIntosh, who was himself a wedding photographer for twenty-five years, offered two tips.

“It has to be a good photo technically, whether it’s in the colour or subject matter, to catch people’s eye,” MacIntosh said. He also noted that people like to see fire equipment in action.

For details about how you can support volunteer firefighters in Nova Scotia, visit our Facebook page or stop by your local hall. Maybe you’ll even consider joining the squad. 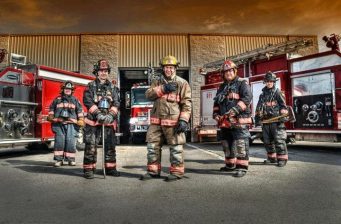 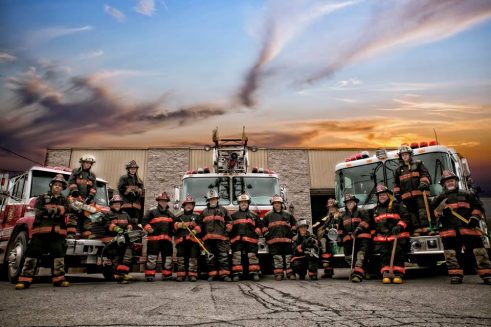