Hull of a Night

For most recent college graduates looking for a job, the insurance industry is not on the radar. But for Jessica Hull in Lower Sackville, it was a natural choice. Jessica’s parents Greg and Angie are brokers with us in Antigonish.

“I enjoy being a broker,” said Jessica. “Of course there are some challenges, but it keeps my days interesting!”

Jessica received her Canadian Accredited Insurance Brokers (CAIB) designation at the Insurance Brokers Association of Nova Scotia (IBANS) Aspire Awards Dinner at the Westin in April. The Awards Dinner was doubly special for the Hulls this year. Jessica’s completion of the full CAIB inspired Angie, who received her initial levels years ago, to finish the final course.

“For many years, our family was young and very active, which was my excuse for not completing my designation. But with every exam that Jessica wrote, we joked about writing the final CAIB exam together, and in February 2018 we did it!”

Mother and daughter received their CAIB together along with Janet Burbridge, one of our brokers in Port Hawkesbury. After the certificates were handed out, our table cheered as Angie won the award for top CAIB-1. A beat later, we were cheering again as Jessica won the award for top overall CAIB.

Our celebrations continued as we moved from the Westin to a couple of favourite spots in downtown Halifax for a “Hull of a Night!” 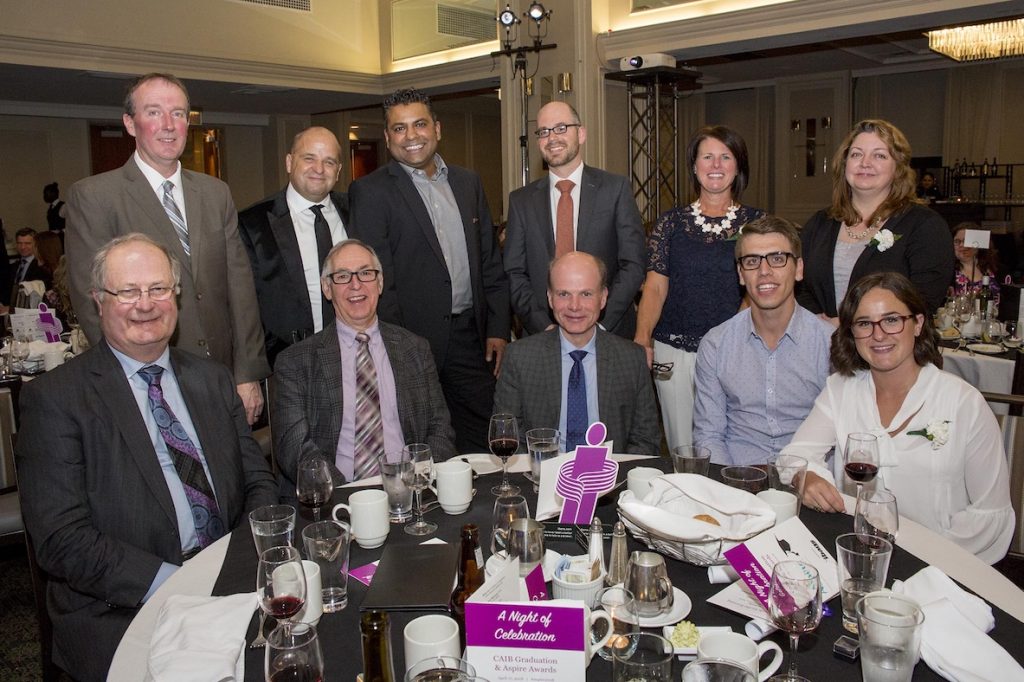 « Symposium Atlantic
Behind The Scenes With Tracey LaTulippe »