Life Of A Hockey Family

Like a lot of Canadians, Rodney Munro has spent countless hours in a rink. For the past decade he’s been involved in one way or another with local teams through his daughters Emma and Grace.

Emma graduated from the minor hockey system last year and is now playing intramurals at StFX. Grace is currently playing her final season on the MacIntyre Chevy Panthers Midget AAA out of Membertou.

“Next year Joanie and I probably won’t know what to do with ourselves,” said Rodney. “That’s generally a feeling that all hockey parents go through after their children are done with hockey. Most people you talk to, they say they’re lost because it’s been so much a part of their lives.”

Hockey parents make a lot of commitments. To early morning alarm clocks and cold arena seats. To long drives and young heartbreak. To other parents as community members. And to seeing their children struggle with skill development and team play.

This year Rodney’s been watching Grace from the stands. In the past he’s coached and managed a lot of teams, which kept him busy on the bench during practices and games. He finds it a very different feeling to be sitting in the bleachers, when he’d like to be making suggestions but he can’t.

But the real focus has always been on keeping the kids active. Hockey is a great way to exercise and learn life lessons. And he’s happy that Emma and Grace have made friends and had the chance to build relationships that could last all their lives.

I asked Rodney if he had any advice for families either just starting out their hockey journey or somewhere deep in the middle of it.

“It goes by quick,” he said. “It seems like it’s never going to end at this time of year in February or March, but overall it’s very similar to your children growing up. It goes by in a flash. Enjoy it while you can. Support your children and have fun … and try and save some money!” 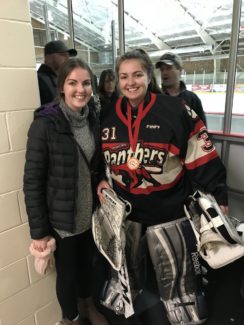 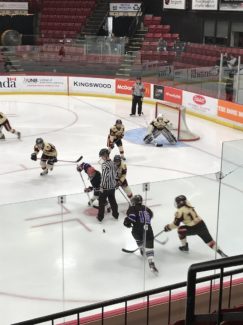 « How Culture Is Driving The Future At Arity
Why Do We Wear Kilts? »