Hilary Taylor of New Glasgow received this year’s NSFMHL Student-Athlete Scholarship. Since 2008, the Nova Scotia Female Midget Hockey League has provided a local forum for our young women to develop skills and character. Many players have gone on to play at university, where women’s hockey has opened doors for national and international competition, success, camaraderie and travel.

The scholarship is worth $500 towards any post-secondary program. The league looks for a player with good academics, a high skill level and community volunteer experience.

AA Munro began sponsoring the scholarship during the 2011 – 2012 season. Our involvement came through Greg Hull, whose daughters Jessica and Jordan played in the league. Greg felt that the scholarship’s focus on youth, education and community were a natural fit for our values.

Hilary was kind enough to answer a few questions about school, life and women’s hockey in Nova Scotia.

Get the Height: Where are you going to go to school?
Hilary Taylor: Next year I’m attending St. Francis Xavier University and taking a Bachelor of Science in Human Kinetics with a major in Kinesiology.

GTH: How were you able to balance hockey and academics?
HT: I set a schedule and stuck to it.

GTH: What volunteering did you do?
HT: I volunteered multiple times at The Shepherd’s Lunchroom. I also volunteered with the Aberdeen Health Foundation and with Learn to Play for softball.

GTH: What would you say to young women in NS starting out in hockey?
HT: Have fun and to make as many memories as you can — it all ends too quickly! 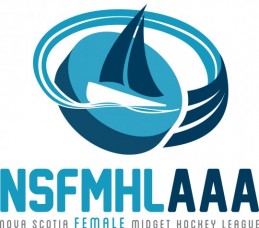 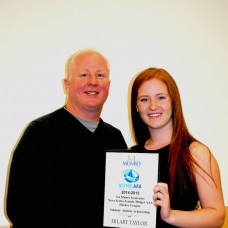 Hilary and her dad

« Expanding the TeAAM
Hector IT »