Early April. We’re a few weeks into flattening the curve of COVID-19 in Nova Scotia, with public gathering places closed and everyone keeping six feet apart outside the home. I feel for my neighbour who works at the hospital. He says it’s still quiet in our town, but I can imagine the uncertainty and responsibility wake him up at night. Will it hit us? How hard?

I watch my three-year-old more closely now. His first imaginary friend showed up this week, followed by a second. Hani and Golly. The names echo his real friends’ names. He calls Hani and Golly on a toy phone. They don’t actually come to play with him. Like his real friends during this strange time, they’re absent, always off at the grocery store. (We used to enjoy going there as a fun family outing.)

One day, Golly’s namesake passed by. Her dad is my neighbour who works at the hospital. Spencer and I were poking at some mud and melting snow when we heard her laugh. She was running as fast as she could along our empty street. Her mom and older siblings caught up and corralled her next to our yard. I held Spencer back, my fingers pressing through his puffy coat to reach his arm.

We all said hi. We shared a few words as the kids began to surge against the social distance. I felt my voice about to crack. The real Golly’s mom felt they should go, it was too tempting. We all said goodbye, shouting each other’s names in the sun.

After they left, Spencer and I ran around with our sticks. Then I took him inside and he cried. 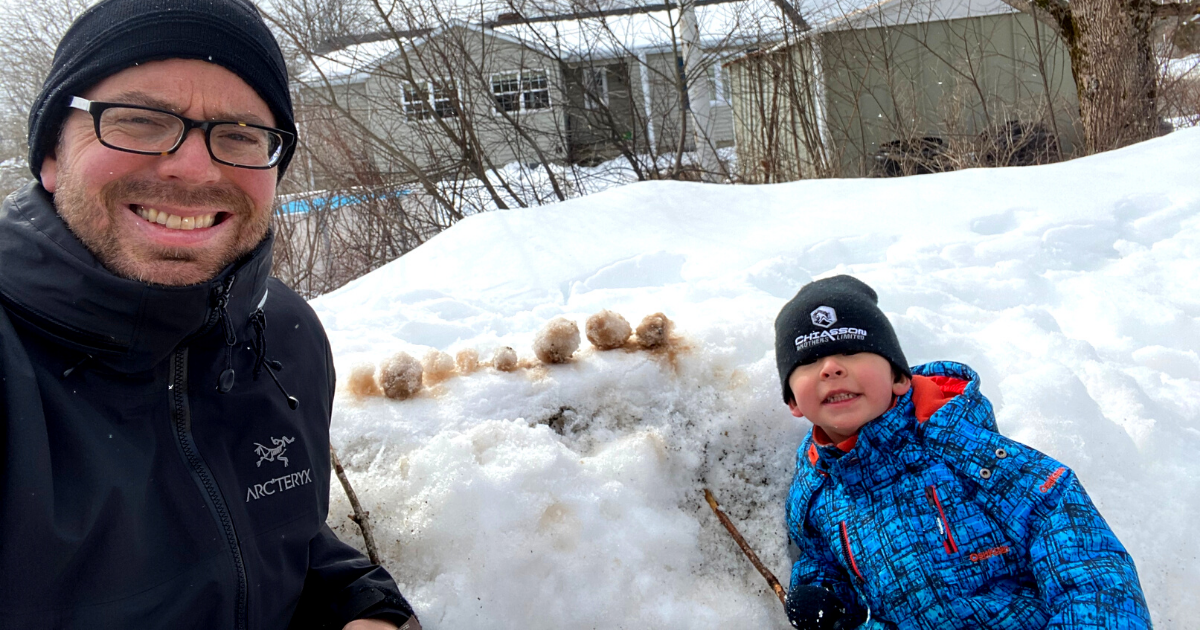 « Insurance Enters A New Phase
Supporting Each Other With Industry Webinars »