Earlier this month, the U11 AA New Glasgow Cubs won the championship at the Baseball Atlantics in Newfoundland. We’ve got close ties to the team at AA Munro—Pam Swaine’s nephew, Simon, is one of the Cubs’ two catchers. Her brother also coaches the team.

After winning provincials in Bridgewater in August, they worked hard to raise money enough for each player to attend the Atlantics. Our Pictou and New Glasgow teams made a donation to the boys’ trip and followed their journey.

“Without the help of their sponsors, Simon and the team would not have been able to travel to Newfoundland and represent our province,” Pam said. “The community really came together to support them.”

At the tournament, they beat out five other Atlantic teams to take home the title. It was televised, and family from all over Canada tuned in. Pam’s parents were able to go and watch their grandson play, too.

Each player gave a “fun fact” about themselves, which the game announcer shared during the broadcast. They said it felt like The World Series.

This tournament in particular meant a lot to Simon and his family. Pam’s great-uncle Frank “Danky” Dorrington played baseball and hockey in Newfoundland. As an inductee into the provincial Sports Hall of Fame, Simon felt lucky for the opportunity to play the championship.

“I know how much my Uncle Frank would have loved to see his great-nephew playing where he once did,” Pam said, “and win!” 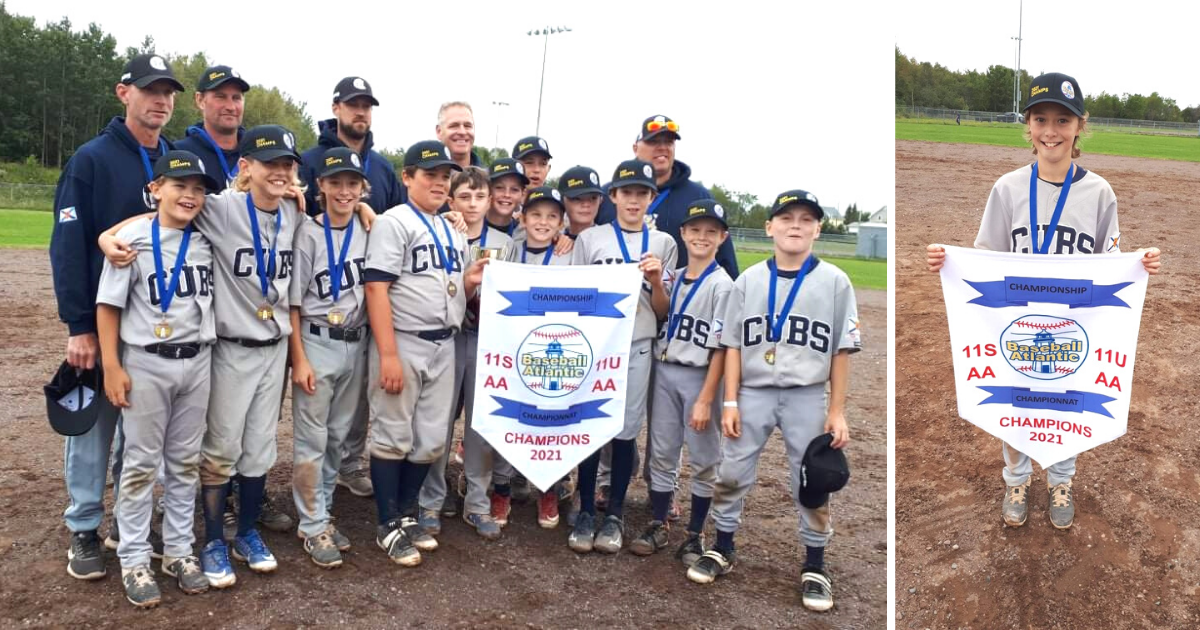