Wayne and Joel went down to San Diego last month for a convention. They spent two days in educational sessions focused on marketing. They also explored the city. Highlights included networking with far flung contacts and grabbing a burger at Slater’s 50/50 (fifty percent beef, fifty percent bacon!). Their tour of the USS Midway was also a hit.

But the trip wasn’t easy. Long flights take a toll on the body, especially when you’re turning right around in the space of a week. And despite smartphones, days away from the office in a different headspace can mean a backlog of e-mails and phone calls to follow up with upon return. You’re away from your family too.

I asked Wayne why it’s important to make the effort to go to conventions and what impact they have on providing insurance policies for people in Nova Scotia. He told me that showing up in person at industry events is part of the work involved in staying cutting edge. A growing brokerage like ours needs to check in with other growing brokerages in North America. It’s not just about making sure you get an e-mail with the powerpoint. Even in our digital age, it’s surprising how much communication happens face to face. “A lot of the learning that takes place at these conventions isn’t during the organized sessions,” said Wayne. “It’s at supper, it’s in between. Learning with your peers, that’s huge.” And when you’re growing like AA Munro is growing, sometimes you have to look further afield for peers.

There were about sixty brokerages from the US and ten from Canada at the convention, which was hosted by Agency Revolution. There was only one other brokerage from the Maritimes. Wayne and Joel had some nice chats with Mike Toole from the GTI Broker Group. “I’ve seen Mike at other industry events in the past. For some reason he opened up more in San Diego,” said Wayne. “He came to dinner with us and we had a really good time!”

Another benefit of conventions is that they give our own people a chance to bond with each other. It can be difficult to continue to open up as an adult. We have a tendency to fall into almost scripted interactions in order to make it to the end of the day with the most tasks complete and the least conflict. But some of the real magic in a community happens when we’re present to sharing our ideas, our sense of humour, and our concerns. An unfamiliar setting can shake you out of your comfort zone and encourage fresh approaches to interaction. Being on a journey can renew your sense of being alive and who you want to be in the world.

Wayne shares the insights and motivation he gets from events like the recent convention one on one whenever someone reaches out to him for guidance or if they’re feeling stuck. It might be through a book recommendation or going through a course together for a few weeks or just chatting things through on the phone. And whether it’s a marketing issue or something to do with customer service or sales, getting “unstuck” often comes down to finding a way to regain a clear focus on how what you’re good at matches what’s important for our company. In our model, individual growth and organizational growth go hand in hand. “You have to find a way to stay excited,” said Wayne. “You have to nail down the thing that’s most important for you to move towards your goal.” 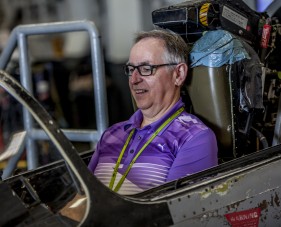 Wayne about to takeoff 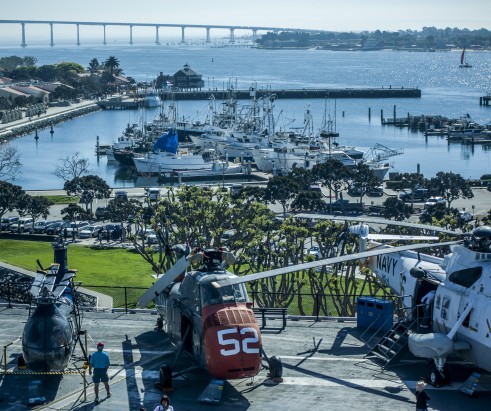