The small community of Marion Bridge is more than a song for the Mira. One of my favourite parts of my hometown is playing ball. I play on a team that’s been stealing bases since we were kids. We took a small break when everyone was starting families and getting their lives going. But we have a great group of women on our team who have been playing together for over ten seasons.

There’s lots of laughs. Since most of us on the team are moms now, we usually hang out after games on someone’s patio. It’s closer to family and drinks are cheaper that way! Each year we also head up to Cheticamp for some team bonding. We hike together and take in the leaves and fiddle music at Celtic Colours.

Our team is one of seven in the Sydney Women’s Orthodox League. There are three teams from Sydney itself, one from Westmount, one from Sydney Mines, one from Glace Bay… and of course the best team from, you guessed it, Marion Bridge.

The main feature of Orthodox ball is the pitching, which aims to balance the fast-pitch and slow-pitch styles. Pitchers cannot use the ‘windmill’ or ‘sling-shot’ style. But the speed of Orthodox pitching is still much quicker than a lob. Orthodox leagues are popular with adults. The game is also known as Modified Softball.

This year we won our last game of regular season play and moved on to the playoffs. We had a solid showing, making it to the second round of post-season play. Though we didn’t advance to the finals, we finished the year feeling good with 12 wins, 10 losses and 2 ties.

Stop by the field if you’re around in the summer! Win or lose, it’s always a good time. 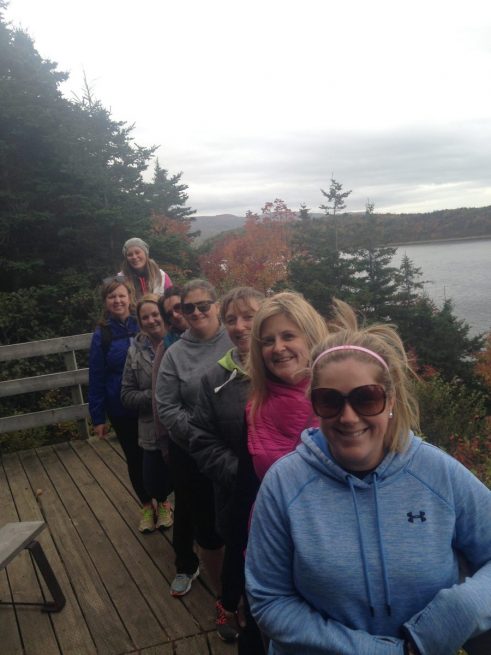 « The Beautiful Game
How Halifax’s Analyze Re Went Global »