Open with power. Water rushing. A rumble of waves and silt. Cut to a silent riverbed. Cracked, dry, a virtual desert. “Watermark” is a new Canadian documentary about, as Edward Burtynsky puts it, “how water shapes us, and how we shape water”. The 2013 film is a collaboration between Burtynsky, who is known for his stunning large scale photography projects, and Jennifer Baichwal, an award winning documentarian. It was a selection for the Antigonish International Film Festival this year. AA Munro had the honour of being a title sponsor for the film, which was screened at noon on Friday, October 17th in the Cineplex Capitol Theatre. Our involvement in the festival comes through Glenda in the Antigonish office, who is a volunteer.

There were about seventy-five people in attendance, and I was glad that I was one of them. “Watermark” is really the kind of film that’s worth seeing on the big screen. I highly recommend it if you have the chance. The narrative is loosely structured around the production of a book. Throughout the film, Burtynsky is shown working with graphic designers and his publisher to shape up photos for publication. The videocamera travels from the creative studio to places around the globe like the Xiluodu Dam in China, the River Ganges in India, and the High Plains of Texas in the US. It also goes deep into the Greenland Ice Sheet to show us how the history of the planet is written in layers of ice that have been frozen for millennia. The point of showing all these places is that water is important, very important, to every human life and every human society. The film doesn’t preach, but it does invite the viewer to pay attention to some very large scale human projects. I left the theatre in awe of the beautiful imagery and much more present to the incredible complexity of our contemporary relationship to water.

The cover image for this post is the Cerro Prieto Geothermal Power Station in Mexico. Below is the Xiluodu Dam in China. The photos are obviously by Burtnysky! There are lots more around the web. 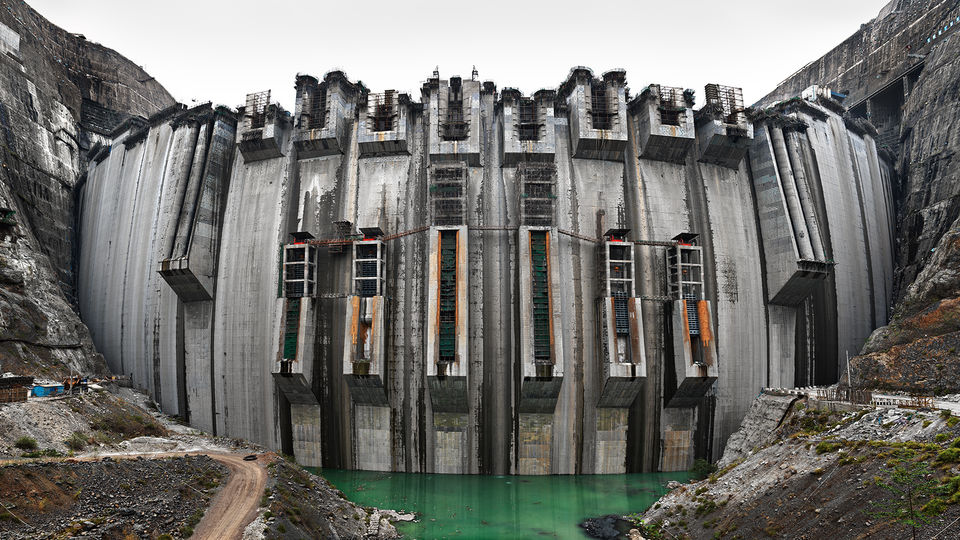 « Leadership Where You Live
Tilda’s Bulletin Board »